Binance under investigation by US Justice Department and the IRS 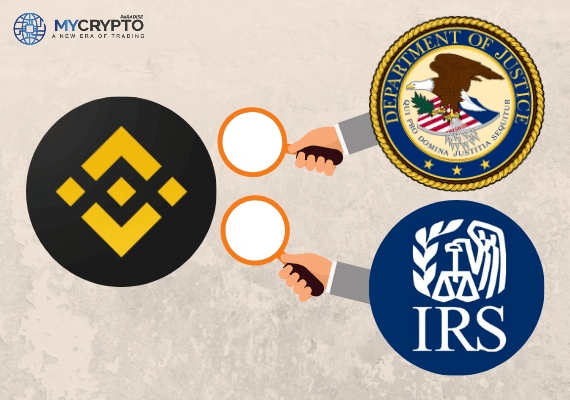 In an apparent attempt to prevent illicit trade by consumers in the united states, the US Department of Justice (DOJ) and Internal Revenue Service (IRS) are said to be investigating major crypto-currency exchange firms.

According to a Bloomberg article, the two government departments are investigating Binance Holdings Ltd in an investigation into US citizens utilizing cryptocurrency for illicit purchases.

Also, officials are reportedly looking for details from staff and clients of Binance, although not all their requests have to do with accusations of misconduct.

The paper indicated that the information originated from anonymous sources seeking privacy because of the confidential nature of the probe.

The Binance spokesperson said that the firm treated its regulatory commitments exceptionally seriously and worked collaboratively with regulators and law enforcement.

CEO Changpeng Zhao, also identified as the CZ, said on Twitter that cryptographic exchange works alongside legal authorities to fight law offenders in the market instead of becoming the focus of any potential inquiry.

According to Bloomberg, Binance was under the investigation of the Commodity Futures Trading Commission in March. Regulators allegedly assessed if the US clients of Cryptocurrency Derivatives bought and traded on the market.

At this point, CZ rejected the study similarly and stated that it had no evidence and denied any accusation of wrongdoing.

The probe follows last month’s German financial regulator BaFin’s warning that Binance was at risk of fines for selling digital tokens to securities tracking without publishing a client prospectus.