Bank of America COO Believes Crypto is an Asset Class, Not Competitors of Money 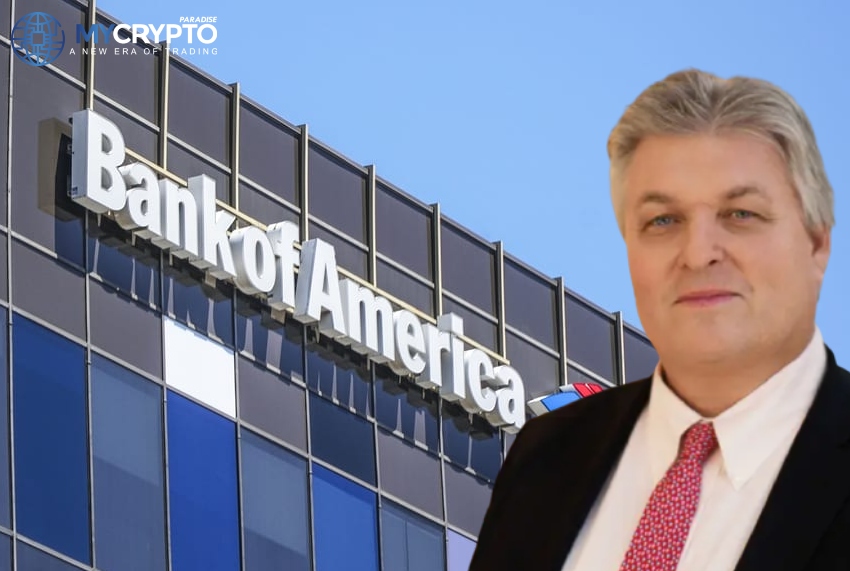 According to Montag, cryptocurrencies are no competition to money. Instead, they are an asset class that has captured the interest of people for various reasons. Montag continued that cryptocurrency reminded him of derivatives in the early days.

Bank of America COO Montag also serves as the institution’s President of Global Banking and Markets. Montag’s sentiments were made known on Thursday in an interview with Chainalysis CEO Michael Gronager at the conference of the blockchain analysis in New York.

In October, Bank of America launched a cryptocurrency research division that released a Digital Assets Primer report. The report admitted that cryptocurrencies were too large to ignore.

Despite being fully convinced of crypto’s asset status in Tom Montag’s Chainalysis interview, the COO also admits he does not fully understand stablecoins. He asks his interviewer, CEO Michael Gronager if there is a dollar behind stablecoins.

Using Argentina as an example, Montag mentions how the country failed to base its currency on the dollar, a move that stifled inflation.

In a Blockworks report, Bank of America COO Tom Montag states that it would be pretty comforting if the Fed had a stablecoin instead of anybody else.

He continues that the stability would be good for the economy, banks, and everybody else. However, the question remains on whether the digital asset is a stable coin.

Blockchain and Crypto Industry Could Be Beneficial to Banks

In Tom Montag’s Chainalysis interview, the BoA COO also mentioned that some blockchain and crypto industry segments could be beneficial to banks. Bank of America is figuring out how to use cryptocurrencies best and have them as part of its system.

According to Montag’s sentiments mentioned that the industry could provide the technological jump that will improve efficiency and compliance for banks.